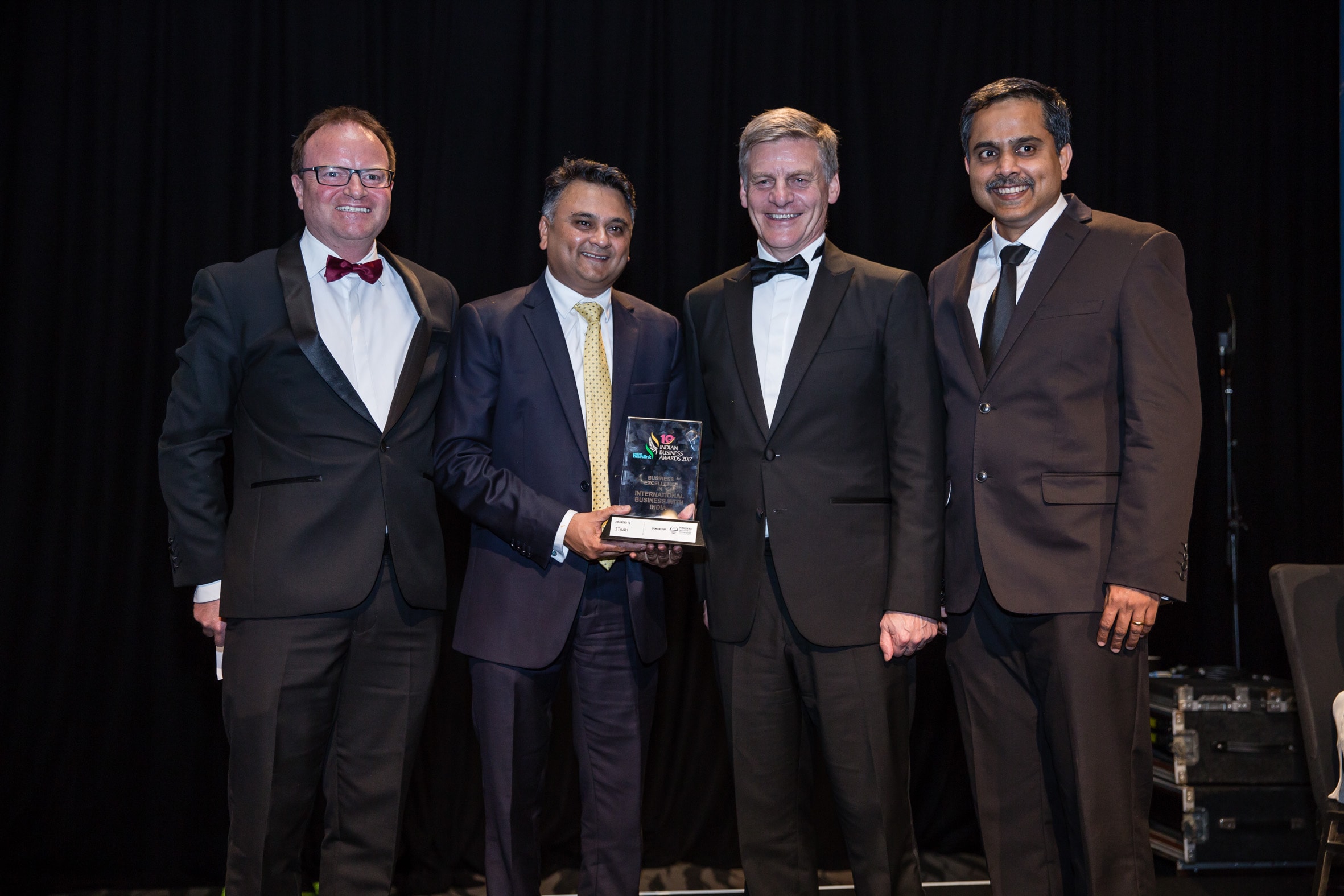 The company took home the Excellence in International Business with India Award at a star-studded function in Auckland’s SKYCITY Hotel.

The award is recognition of STAAH’s product and process innovation, and its success through international business with India.

“We are delighted to win this award,” says Gavin Jeddo, Founding Director of STAAH Ltd.

“It has been a massive two years of growth for us, both in technology and clients, and India is at the centre of it, leading from the front.”

The award was presented to Gavin Jeddo by former Prime Minister and Opposition Leader, Bill English, at a special ceremony in Auckland’s SkyCity Hotel. The evening was well-attended by ministers, opposition leaders and industry professionals from both countries, including Prime Minister Jacinda Ardern, Auckland Mayor Phil Goff, Minister for Housing and Urban Development and Transport Phil Tyford, and Minister for Building and Construction and Ethnic Communities and Associate Minister of Education, Health, and Housing and Urban Development Jenny Salesa, among others.

The Indian Newslink Indian Business Awards were instituted in 2008 to recognise and reward Indian businesses in New Zealand. STAAH won in the Excellence in International Business with India category, which celebrates outstanding growth in sales to customers in India and other global markets outside New Zealand through key operations in India or growth in sales from goods and services imported from India.

STAAH was chosen for its spectacular growth in India and globally since establishment in 2008 and also the industry partnerships established during this time along with technology development, driven by its core research team in India.

A specialist in cloud-based technology that powers the online growth of accommodation providers worldwide, STAAH has seen phenomenal growth in less than a decade of its establishment. Its platform has processed more than 4.6 million room nights across 70 countries around the world through more than 5000 partner properties via its platform. Nearly a fourth of these properties are based in India, making it a key market for current and future growth.

“Innovation has always been at the heart of everything we do,” says Gavin. “We are totally focussed on both technology and service innovation to ensure our solutions continues to improve delivery, efficiency and outcomes for hospitality business owners,” says Gavin.

“In this respect India has been a key enabler of our high-performing and easy-to-use technology,” he adds.